Equity Spark uses cookies which are essential for the site to work. Any data collected is anonymised. By continuing to use this site, you agree to our use of cookies.
Cookie Settings

Your capital is at risk and investments are not covered by the Financial Services Compensation Scheme (FSCS).

Your capital is at risk and investments are not covered by the Financial Services Compensation Scheme (FSCS).

You haven't used your session for a while. For your security, we will log you out soon.

OxVent is a social enterprise manufacturing and selling low-cost, simple and effective medical ventilators to Low and Middle-Income Countries (LMICs), both during and after the COVID-19 pandemic.

The product was designed by engineers and clinicians from Oxford University and King’s College London, collaborating to produce an efficient design that can be easily assembled and operated. Importantly, it has been developed to be produced at a large scale in a relatively short period of time.

OxVent is negotiating agreements with local manufacturers and distributors in Central and South America, the Indian Sub-continent and Southeast Asia, as we establish local manufacture and sales of our centrally designed and regulated product.

There is high interest in establishing local manufacturers of medical equipment to avoid expensive imports from countries that can divert supplies away from LMICs. There is also extensive, continuing need for medical equipment to treat non-communicable diseases such as cancer, heart disease and long term occlusive lung disease.

After establishing immediate sales and manufacturing, OxVent will support its network of manufacturers and distributors with additional features to its products that will address specific requirements of low resource regions.
Dr Peter PHILLIPS - CEO
Peter is a medical physicist with a PhD in vascular imaging from Guy’s Hospital.  He was founding CEO of Anson Medical, which he sold to Lombard Medical in 2001.  He then moved to the USA to set up and be President of Lombard Medical, Inc.  Peter has been a Plc Board director, Chairman and non-executive director and played a central role in several funding rounds.

Prof Mark THOMPSON - Founding Director
Mark is an Associate Professor in Engineering Science at the University of Oxford. He leads the Oxford Mechanobiology Group, based at the Botnar Research Centre. Their research concerns the application of mechanical analysis to clinically significant problems of tissue function and physiology. 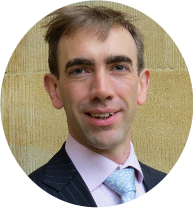 Prof Andrew FARMERY - Chief Medical Officer
Andrew is a Professor of Anaesthetics at the University of Oxford, where he heads the Nuffield Division of Anaesthetics.  He divides his time between clinical practice, research and teaching.  His research involves developing new intravascular sensors and analytical techniques to monitor the respiratory and cardiovascular systems in the critically ill.  Its aim is to translate these new technologies and analytical models into medical devices that can have an impact on patient care. 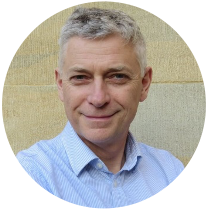 Dr Federico FORMENTI - Founding Director
Fede is a Senior Lecturer in Human Physiology in the Centre for Human & Applied Physiological Sciences, at King’s College London.  He is an Honorary Senior Research Fellow in the Division of Anaesthetics, Nuffield Department of Clinical Neurosciences, University of Oxford.  Fede is also a Reviewing Editor for the journal, ‘Experimental Physiology’. 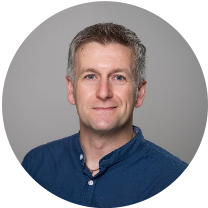 PhD(c) Idris KEMPF - CFO
Idris has engineering degrees from Eidgenössische Technische Hochschule Zürich and has worked as a Swiss Ex trader for Deep Blue Capital in Amsterdam.  He is currently a DPhil student at the University of Oxford where he is in the Control Group of the Department of Engineering Science. 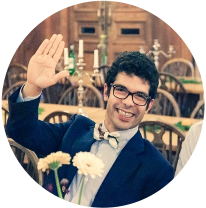